The Nevali Çori totem was found in a Neolithic mound, in The Hilvan district of Şanıiurfa before the discovery of Göbeklitepe. It dates back 10,000 years. It’s hard to guess what it was for. There is  little information from archaeologists and historians about this half human half animal hybrid totem.

It is currently on display at the Şanlıurfa Museum. There are no inscriptions or descriptions on it. Therefore, I think it is possible to translate the visual messages in the totem using iconic science and make sense of it.

If we start at the top, the face of the totem is shattered. It’s unclear whether it belongs to a human being or a different entity. But on both sides of his head there are protrusions that resemble the ear of an animal.  Just below the neck, the arms and the first pair of hands are very prominent. There’s another human head in these hands, and his face is shattered too. 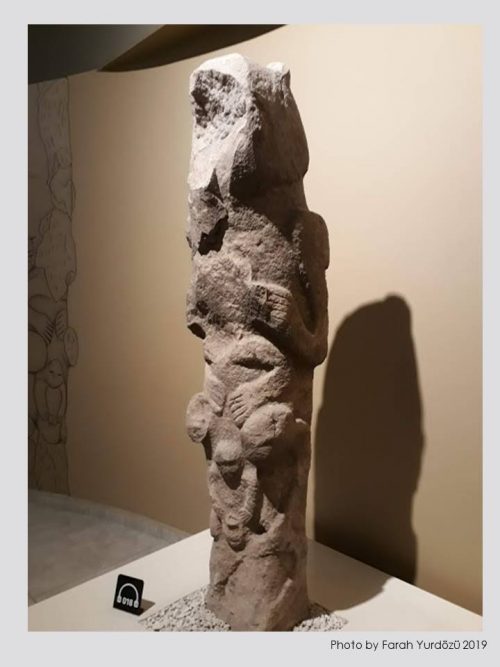 Just below it is a partially intact face and we see his hands and arms. There are also giant snake symbols on either side of my totem.   In the mythology and creation myths of almost every country in the world, there are two Cosmic Races descending from the sky; The Serpents and the Sons of Adam. I wonder if this totem is about a hybrid lineage born from the union of two races. The stages of a genetic experiment have been tried to be expressed? 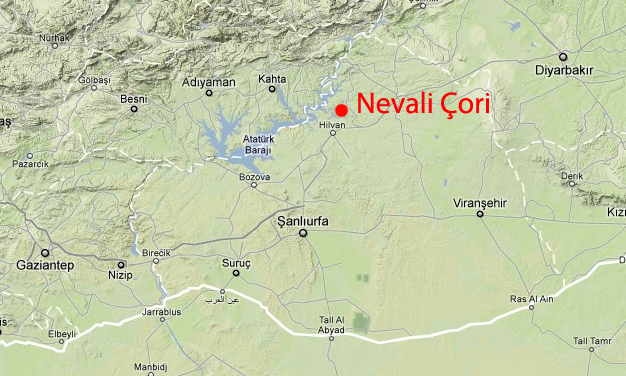 Could it mean the life cycle of the bloodline that continues from top to bottom? And I also think that the markings on this totem are related to birth. But it’s not just being born from a mother biologically.

We are about to enter the long-awaited Aquarius era, which is said to take place between 2000-4000 AD. This era shows an astronomical phase in which man will regain his cosmic identity, which in a sense will be reborn.

Perhaps the Nevali Çori totem was made to describe the stages of our race and the cosmic rebirth, like some kind of object of prophecy.