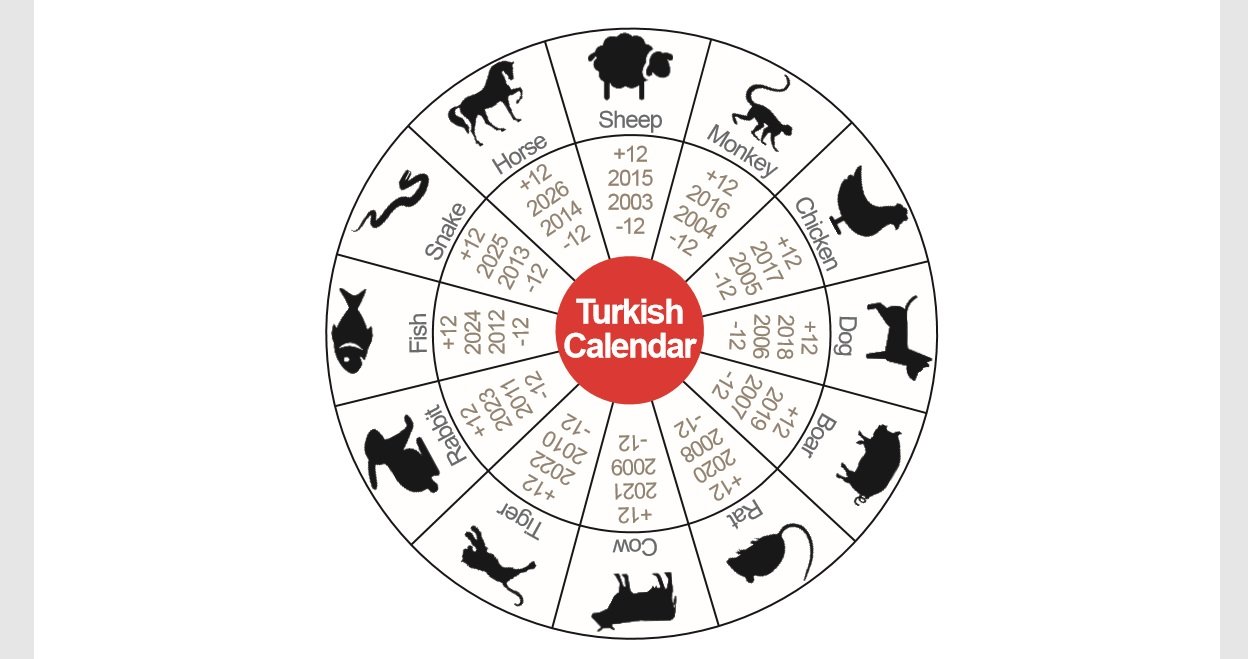 25
PAYLAŞIM
PaylaşTweet
Source: dailysabah.com / ihlas news agency Prophecies in the ancient Turkish calendar used by Turks over 2,000 years ago could be coming true. Locust infestations, fires, earthquakes and epidemics have been among the calendar’s prophecies for the year of the rat in 2020. The ancient calendar, which is called “12 Hayvanlı Türk Takvimi” (“12-Animals Turkic Calendar”), was created and used by Central Asian Turks as far back as 209 B.C. In the calendar, 12 different animals each represent a year. The names of the years rotate and include: rat, cow, tiger, rabbit, fish, snake, horse, sheep, monkey, chicken, dog and pig. 2020 is known as the year of the rat on the calendar. Oğuzhan Türk, a history researcher from eastern Turkey’s Erzurum province, studied the prophecies of the calendar, used by both ancient Turks and other civilizations, in Mahmud Kashgari’s “Diwan Lughat al-Turk” (Compendium of Turkic dialects) and İbrahim Hakkı Erzurumi’s “Marifetname” (Book of Gnosis). Türk said the prophecies in the calendar are striking, indicating that many of the predictions for the year 2020 have come true, with locust swarms in Iran, great fires in Australia, devastating earthquakes in Elazığ and the coronavirus pandemic. The researcher pointed out that although most of the incidents predicted for the year of the rat have taken place early in 2020, the calendar foresees that there will be bloodshed due to mischief that will occur in and around Northwest Africa; many places will be damaged by rain and hail and looting, and pillaging and theft will escalate in the second half of the year. He added, “Since we are in the spring months, we may still face rain and hail, after the locust invasion and virus envisaged for the year 2020. But hopefully, these predicted events will not happen.” According to Türk, a coronavirus-like epidemic, called “zatülcenb” (pleuritis) on the calendar, has symptoms that include fever, chills, cough, unstable pulse and breathing failure – all of which leads to a painful death. He also noted that the remedy for the disease is the plant “udi hindi,” which is also known as kusti bahri. He added: “The year 2020 we are in is called the year of the rat in the old Turkish calendar. The coronavirus is mentioned as one of the prophecies on the calendar. The udi hindi plant is referenced as its solution.” Emphasizing that the active ingredient in this plant could be an answer for the disease. Türk stated that the information included in the calendar is a method of handing down the experiences of those who lived at that time, emphasizing that these calendars are not indeed prophecy, fortune telling or doomsday predictions. He said that they consist of information and repeated experiences so that people can be informed and take precautions. “Since the culture of researching and reading old sources has declined in our country, when someone called a soothsayer in Europe mentions such incidents, what he says becomes a current topic on the agenda and his words become a matter of curiosity. However, ancient people formed their lives according to these calendars for a long time,” he concluded.
25
PAYLAŞIM
PaylaşTweet