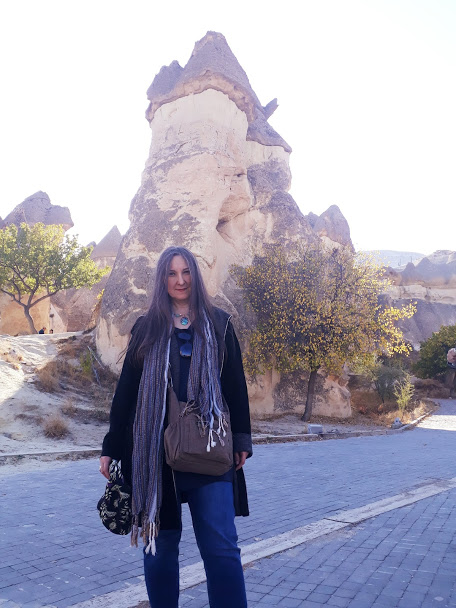 Located in the central part of Turkey, Cappadocia is a region that gives people inner peace in general and its aura is very pure and clean. The spirit of the region is serene and reassuring.  So far, I have visited Cappadocia three times; in 1996, 2017 and November 2019. Of course, only three trips isn’t enough to get to know the entire area. Geographically, it’s both vast and full of surprises. And it’s like it’s a constantly changing, differentiated structure, and I think it takes a full 5 days to explore the region in detail. 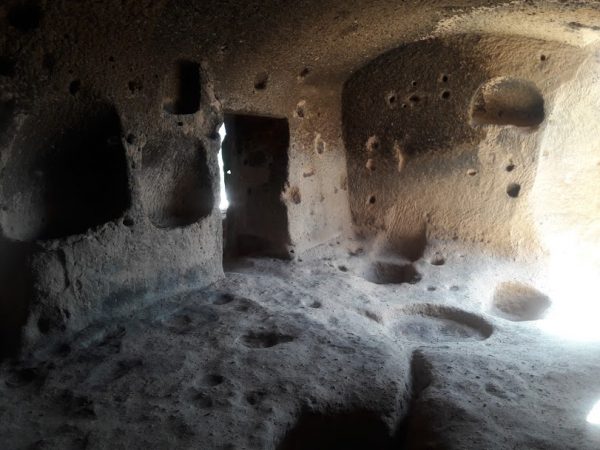 My first visit to Kaymaklı underground city in 1996 left a mark on me that I will never forget. Because on that trip, I had a strange incident with the other  persons with me that I still don’t understand. We went with a tour company, we entered the underground city of Kaymaklı with our group of about 50 people and with the guide in the front. It was around 3:00 in the afternoon. We continued to walk behind the guide for a while. But then before I knew it, me and my two friends were somehow disconnected from the group. I think while we stopped to drink water or take a picture, the crowd continued to walk without seeing they left us behind. 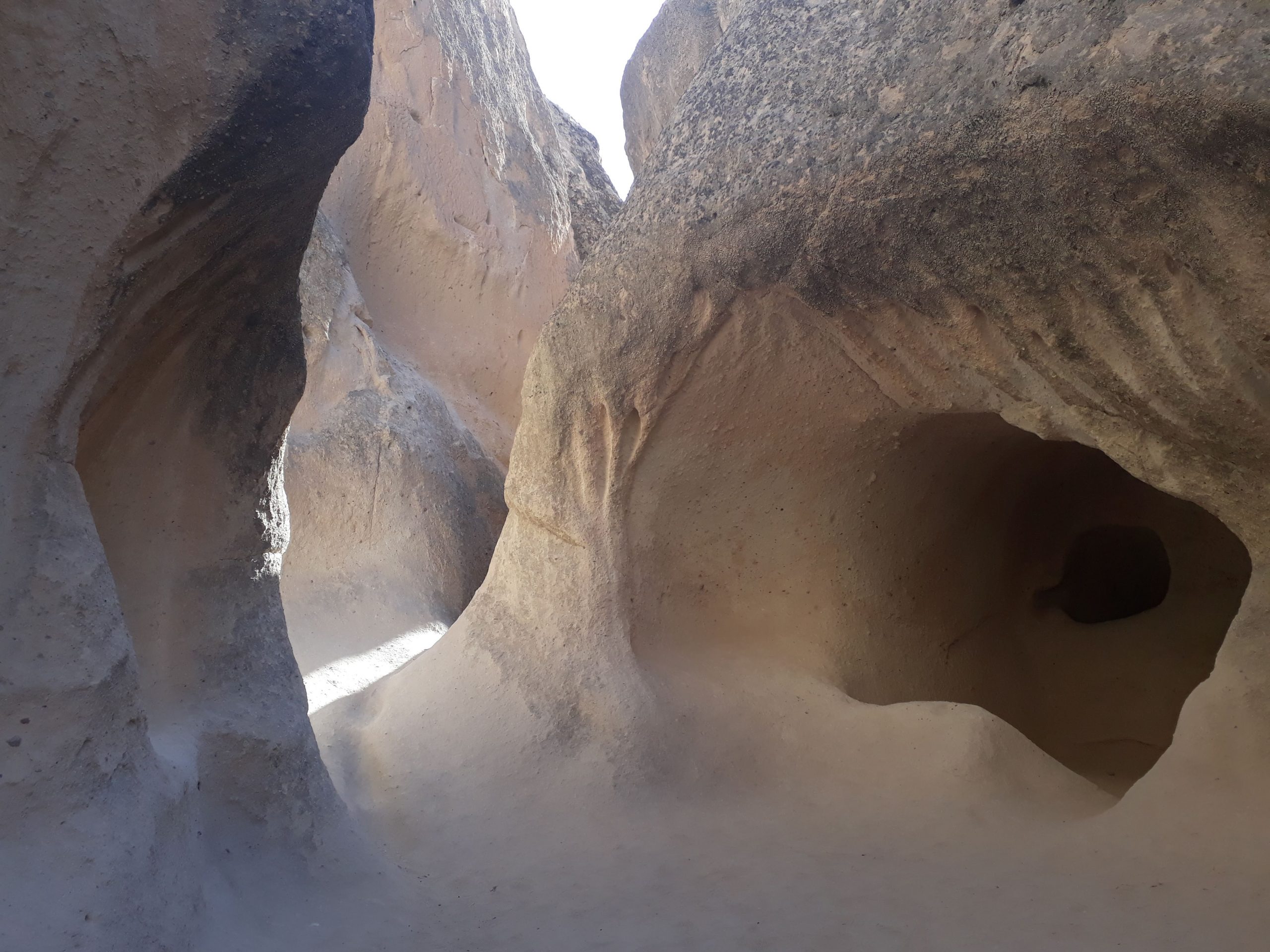 While we were thinking about what direction to go, the tour guide’s voice went away and became inaudible. My friends and I stayed alone in a small cave room. We were in a circular room about 4 meters in diameter, of course we entered through a door, but now we could not find the exit. In fact, the exit was disapeared, the door was gone. And it was a time when mobile phones were not widely used and I don’t know if it would work at that depth.

WE WERE IN PANIC

Naturally we were scared, panicked. We wandered desperately into the cave and started hitting the walls. There wasn’t much to go to anyway. The entrance and exit doors were covered. It was as if a power  kept us  there and didn’t want us go leave the place. And while all of this was happening very quickly, somewhat we felt that we were lost in time and space. We entered in a different mood. And the environment we were in, the underground city of Kaymaklı wanted to give us a message, like a living, intelligent being.

I started to think, “I guess we will die here.” How long could we survive where there are no vents, and there is no air? We had nothing but a bottle of water. All these unpleasant thoughts go through our heads! And suddenly, behind us, an open door appeared again. The door we entered in that tiny place was opened again, and we were allowed to go out.

We went in a hurry, found the guide, the group. Of course, the guide and other visitors didn’t even notice that we were lost for a short time. I was so impressed that I had a picture. Let me remind you that I used a mechanical camera with a reels of film at that time, the age of digital cameras had not yet begun.

I had the experience of staying indoors in a narrow rock room several meters below the ground. Nevertheless, the underground cities of Cappadocia never gave me a negative feeling, even after that day. Despite the temporary panic, we completed the trip with great pleasure.

This positive mood strengthened during my 2017 and November 2019 trips. Cappadocia symbolizes grandeur and historical wealth from the outside. On the other hand, it is a place with a bit of sadness and a sense of inner acceptance. 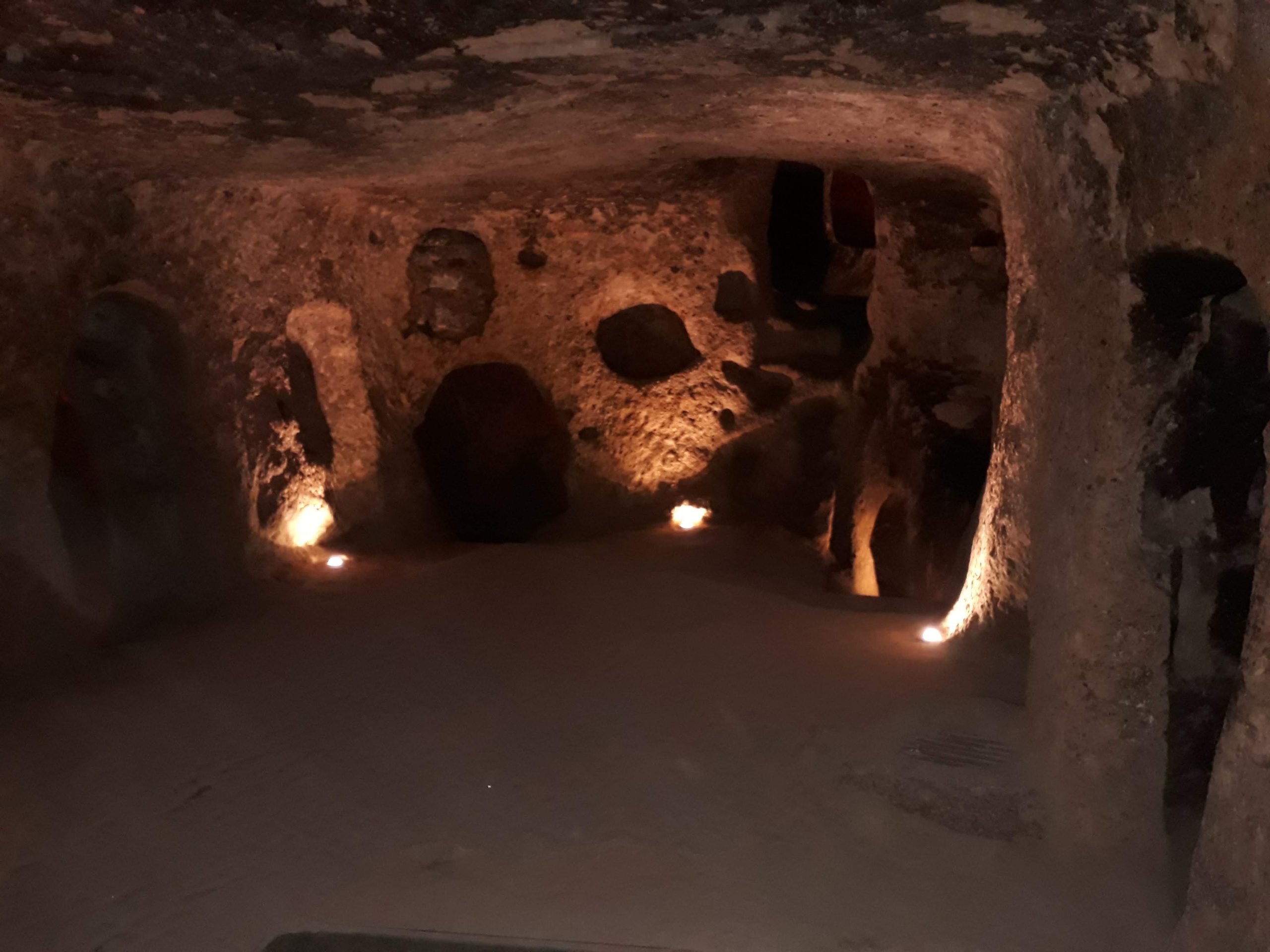 In the meantime, I would like to remind you that the planet we live on and all kinds of geographic formations, temples, buildings and spaces built by human beings or non-human beings are alive. Yes, places are alive, they have an identity, spirit, character. And if you know how to hear and listen, they will tell you a lot.

I visited Derinkuyu underground city in 2017 and everything was very nice. In November 2019 When I returned to Kaymaklı underground city, I was wondering if something strange would happen again as it did before. Not only me but all of our friends who shared the same positive and serene mood during our 8-9-10 November research trip. 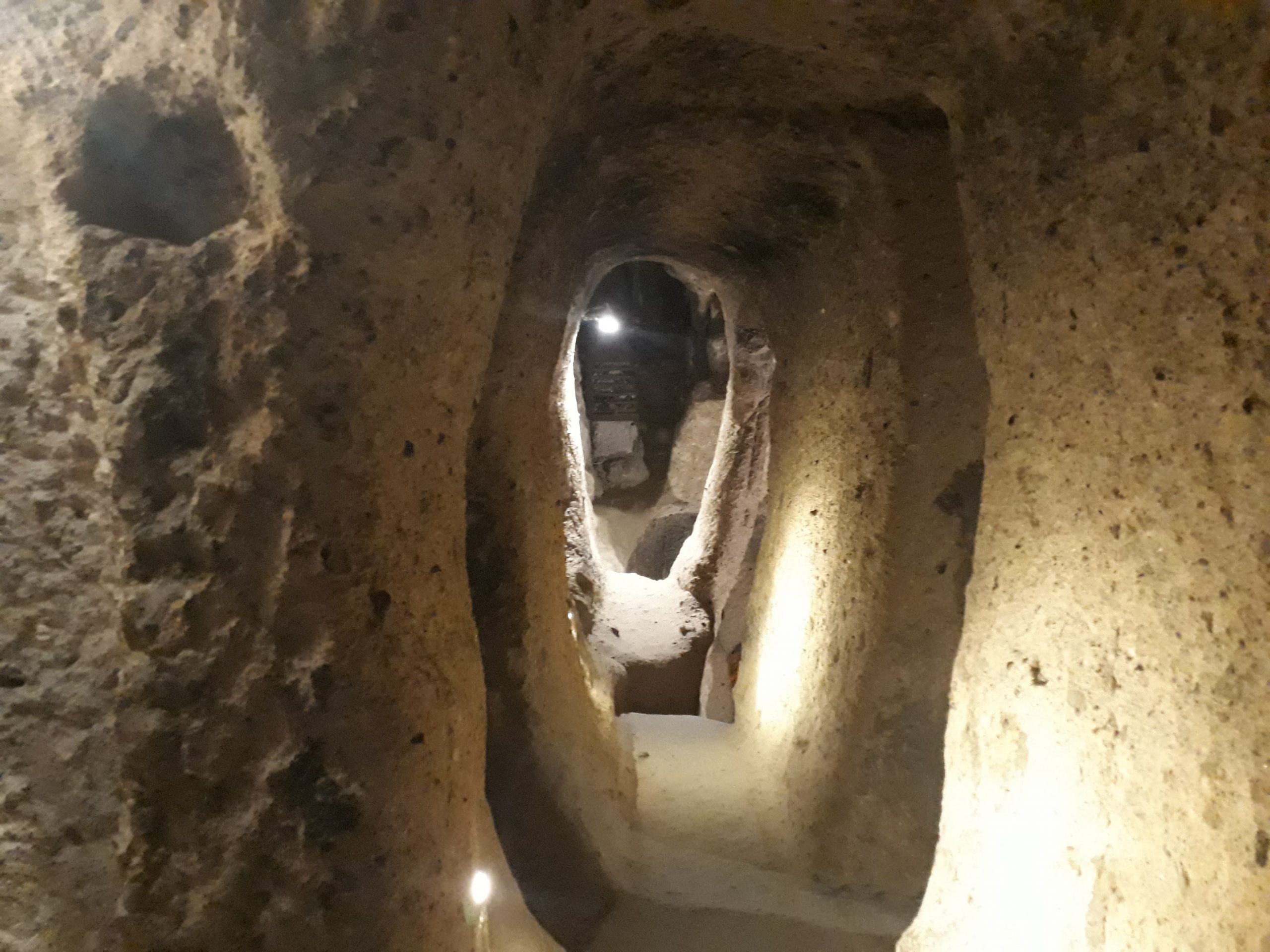 MESSAGE OF THE UNDERGROUND CITY

First of all, people, families or communities who live in a location, use it, leave many traces of their thoughts and feelings and identities. Like a fingerprint, emotions and thoughts settle in the form of digital remains. I found a friendly, accepting mood in Derinkuyu and Kaymaklı. The owners of these cities are not enemies to humans. Sometimes they create little opportunities to share their secrets. Underground cities are the favorite places of time travelers, metaphysical beings and those carrying universal secrets. I’m looking forward to the next trip.