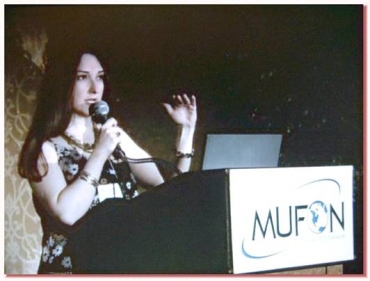 Farah Yurdözü is Turkey’s first female UFO researcher – writer, and author of several best-selling books in her native land. Fluent in Turkish, English and Spanish, she is known on several continents as an authority on UFOs, paranormal and the metaphysical. She is a well known TV personality in Turkey with her constant TV shows about UFOs and paranormal topics on major network channels.

Farah continues her work as a UFO researcher, writer and lecturer, and appears in major UFO conferences all over the United States from Roswell to California, Nevada to New York City .

Farah’s gifts as a psychic medium were featured in TLC’s paranormal investigation TV series DEAD TENANTS. She is a columnist for the leading monthly publication UFO Magazine and a journalist/ producer at Jerry Pippin Internet Radio.  She is also a writer for Italian X-Times Magazine, and British UFO Matrix Magazine. Though her work reflects a passion for all aspects of the paranormal, her main area of study is abductions and close encounters.

Farah Yurdözü has a Spanish Language teaching degree from Istanbul University. She had a Spanish teaching position at ABC Language Exchange, Columbia University and NYU in New York City between 2004-2010.